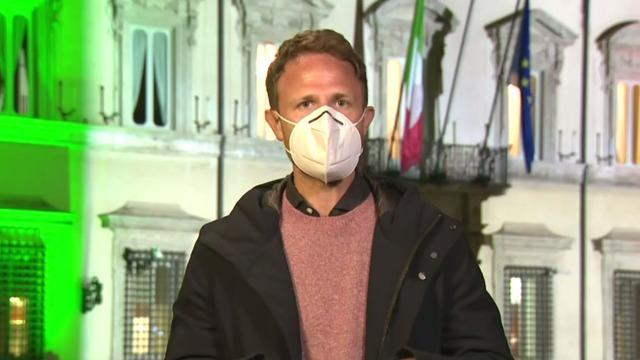 London — Sweden on Tuesday became the latest to join a growing list of countries to suspend use of the Oxford-AstraZeneca coronavirus vaccine. More than a dozen nations, most of them in Europe, have temporarily halted use of the vaccine as a precautionary measure after a small number of people developed blood clots after getting the shot.

But experts in the U.K. and elsewhere in Europe are calling it a disaster for the continent’s already-delayed vaccine roll-out. COVID-19 infections are spreading exponentially again in some parts of Europe, even prompting new nationwide lockdowns.

British drug regulators and AstraZeneca executives insist there is no link between the Oxford University-developed vaccine and a higher incidence of blood clots.

The Anglo-Swedish pharmaceutical company that teamed up with the prestigious university to produce the drug has said that a review of 17 million people in the U.K. and Europe who’ve received the vaccine found that fewer than 40 developed blood clots — “even lower than you’d expect to find in the general population,” AstraZeneca said.

The incidence of clotting is similar to that seen with all vaccines, CBS News has found, including the Moderna and Pfizer formulas currently being used in the U.S.

Denmark, Iceland and Norway were among the first to halt use of the Oxford University-developed vaccine on March 11. The following day, Thailand abruptly slammed the brakes on the vaccine just before it was set to be rolled out. That decision was reversed on Tuesday as the Thai Prime Minister got his first dose of the vaccine and urged his fellow Thais to do the same.

Bulgaria, Ireland, the Netherlands, Germany, France and Spain have also decided to suspend use of the vaccine, with some saying they would wait at least until the European Medicines Agency — the EU’s pharmaceutical regulator — issues new guidance on the vaccine it approved weeks ago. The agency’s expert panel was gathering Tuesday to review data on clots.

Estonia, Lithuania, Latvia and Luxembourg have all suspended use of at least one batch of AstraZeneca vaccines delivered to various nations.

The drug’s maker has been adamant that there’s no data to suggest any link between its vaccine and any serious side effects, and several independent health authorities have backed up that stance.

The European Medicines Agency and the World Health Organization both said last week that there was no evidence the drug is causing clots.

“An analysis of our safety data of more than 10 million records has shown no evidence of an increased risk of pulmonary embolism or deep vein thrombosis in any defined age group, gender, batch or in any particular country,” an AstraZeneca spokesman said. “In fact, the observed number of these types of events are significantly lower in those vaccinated than what would be expected among the general population.”

Officials from the European Medicines Agency stressed last week that “there is currently no indication that vaccination causes these conditions,” and “the vaccine’s benefits continue to outweigh its risks and the vaccine can continue to be administered.”

On Monday, however, German officials said the pan-EU agency was expected to decide later in the week “whether and how the new information will affect the authorization of the vaccine.”

Britain’s pharmaceuticals regulator issued fresh backing on Monday for the vaccine, which has been widely used for weeks across the U.K.

Dr. Phil Bryan, head of vaccine safety for the British Medicines and Healthcare products Regulatory Agency (MHRA), said people “should still go and get their COVID-19 vaccine when asked to do so.”

“We are closely reviewing reports but given the large number of [AstraZeneca] doses administered, and the frequency at which blood clots can occur naturally, the evidence available does not suggest the vaccine is the cause,” he said, according to the BBC.

Even the countries that have paused the use of the vaccine in Europe have said there’s no evidence the clots were caused by the AstraZeneca shot — only that they occurred after it was administered.

The head of the Oxford Vaccine Group, Andrew Pollard, said real-world data from the U.K.’s mass-vaccination program recently showed a 94% drop in hospital admissions for those who have received the Oxford vaccine — even more impressive figures than with the Pfizer formula.

“We haven’t had any hospitalizations or deaths [from COVID] in those individuals who were vaccinated with the vaccine,” Pollard said. “So the real-world evidence confirms in real life what we saw in the clinical trials — it absolutely exceeded the expectations of the trials.”

The United States has stockpiled tens of millions of doses of the vaccine, but AstraZeneca has yet to apply to the Food and Drug Administration for emergency medical use authorization, pending the results of U.S. clinical trials. An executive with the company told CBSN on March 5 that AstraZeneca hoped to apply for that authorization “in the next few weeks.”

Last year the Trump administration pledged almost $1.2 billion to AstraZeneca to help with the development of the vaccine at Oxford University in exchange for 300 million doses.

Easier and cheaper to manufacture and distribute than the other vaccines already approved in the U.S., the Oxford shot had long been considered the front-runner candidate for inoculation programs not only in America, but around the globe.

More than 70 countries worldwide had been using it until last week.

The recent safety scares are just the latest in a series of publicity setbacks for the vaccine.

With trial data showing efficacy that fell short of the Pfizer-BioNtech and Moderna vaccines, some people in Germany and other countries were reluctant to take a “second class” shot. The government there also stalled in approving its use for people over the age of 65, citing a lack of specific trial data, but that decision was reversed and German officials have been among those critical of the halt to vaccination programs in the other European countries this week.

South Africa also temporarily suspended the vaccine after a small clinical trial found that it failed to sufficiently protect against infection with the COVID-19 variant that has swept through that country.