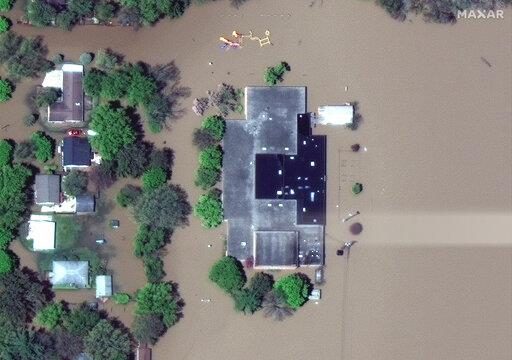 Whitmer made the request Monday, June 15, asking for a Major Disaster Declaration from President Donald Trump for Arenac, Gladwin, Iosco, Midland, and Saginaw counties. The request is for the catastrophic failure of the Edenville and Sanford dams on May 19, causing massive flooding throughout mid-Michigan. The flood led to the evacuation of more than 11,000 people and caused more than $232 million in damages. Some residents have still been unable to return to their homes nearly a month later.

Moolenaar says those affected in his district need more help than what the state can provide.