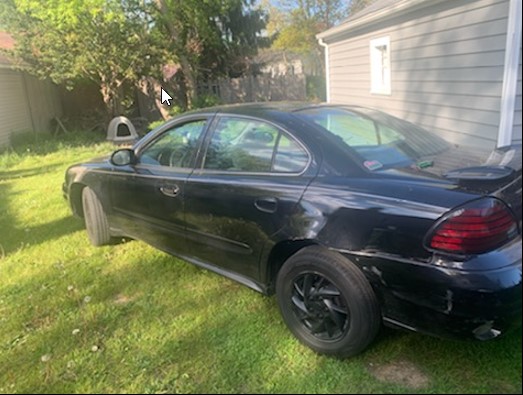 Surveillance video from the area surrounding Burrows Street identified the suspect vehicle as a 2004 Pontiac Grand Am with no license plate. The vehicle is black in color with black rims. (picture provided by Michigan State Police)

Michigan State Police Saginaw Major Case Unit detectives are investigating a fatal shooting that happened Monday night. Shortly after 6:00 p.m., Saginaw and Michigan State Police were dispatched to the 2100 block of Burrows St.,  where 22-year-old Azavien Claudio had been shot multiple times. Responders pronounced him dead at the scene.

Nearby surveillance video identified the suspect vehicle as a black, 2004 Pontiac Grand Am with black rims but no license plate.

The shooting remains under investigation, and detectives are asking anyone that may have seen this vehicle, or knows who drove it, to call 989-615-6257. To remain anonymous, contact Crime Stoppers at 1-800-422-JAIL (5245).