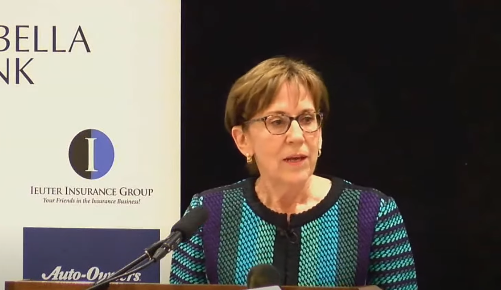 Much of the address focused on progress and infrastructure being added to the area- like upcoming expansion updates to the Center city corridor, a $3.5 million state-of-the-art equestrian facility opening at the Midland County fairgrounds this May, and ongoing flood recovery efforts.

While money and funding were a tangible talking point, Mayor Donker says it was community involvement in 2021 that helped Midland grow the most- citing how nearly all hotel revenue in the City was tourism based due to COVID-19 protocols many businesses employed.

The Mayor’s address also focused on how the city has been using it’s American Rescue Plan Act (ARPA) funds, discussion of plans to organize the best use of the remaining 4 out of 5.3 million dollars of those funds, and the re-opening of the Greenhill apartment complex after its closure in 2017 due to fire and smoke damage.