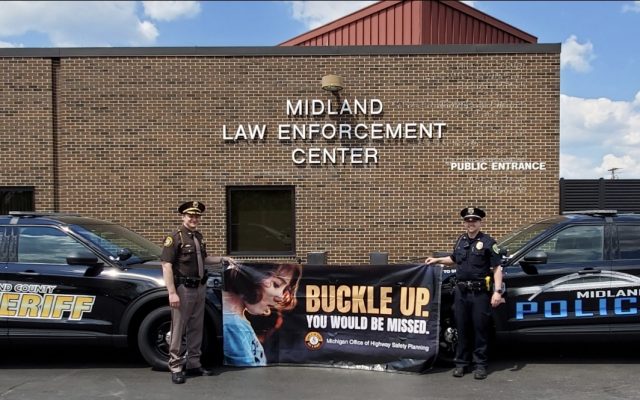 Officers from the Midland City Police Department and deputies from the Midland County Sheriff’s Office are teaming up with other law enforcement agencies across the state and the Office of Highway Safety Planning to step up enforcement and bring awareness to buckling up during the “Click It or Ticket” campaign.  The goal of the campaign is to reduce crashes and save lives.

Midland County Sheriff Myron Greene and Midland City Police Chief Nicole Ford said the results of not wearing a seatbelt are seen all of the time with loss of life, which could have been prevented by a simple click of a seatbelt.

In 2019, over Memorial Weekend there were 11 fatal crashes on Michigan roadways that resulted in 13 fatalities. In one fatal crash, neither the driver nor passenger were wearing seatbelts. The campaign runs through June 6.