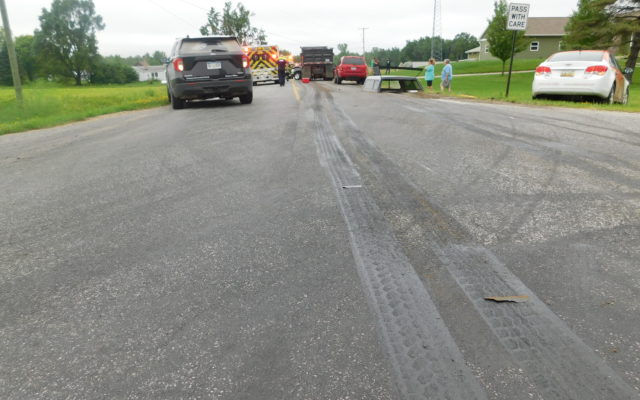 A Gladwin County couple is dead after a two-vehicle crash Wednesday afternoon in Midland County’s Mills Township. The Midland County Sheriff’s Office is investigating the crash that killed 69-year-old Lawrence Malnar and his 75-year-old wife, Janet. They said Malnar was driving his Ford F-150 truck west on E. Shaffer Road about 2:45 p.m., when he failed to yield the right of way at the intersection with N. Sturgeon Road. A dump truck heading north on N. Sturgeon struck the Malnar’s truck on the driver’s side. The dump truck driver, 57-year-old Brian Brabaw of Midland, was not injured.

Investigators said all three people involved were wearing seat belts and an air bag deployed in the Malnar vehicle. Mr. Malnar was pronounced dead at the scene, and his wife was taken to MidMichigan Health in Midland in critical condition. She was later pronounced dead. Investigators said alcohol or drugs do not appear to be factors in the crash, but toxicology reports are being done. A final report on the crash will be sent to the Midland County Prosecutor’s Office for review.