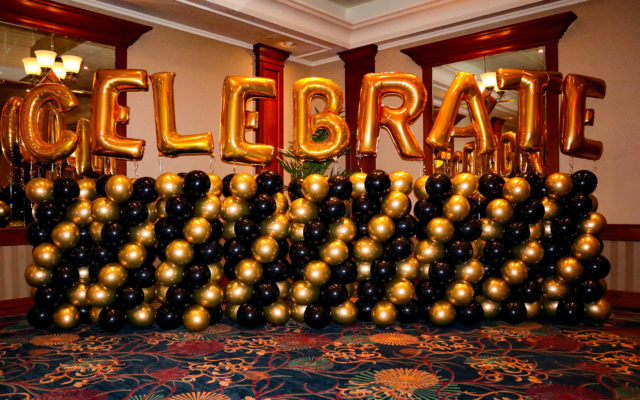 In lieu of a traditional annual meeting, the Midland Business Alliance (MBA) honored the business community during last night’s CELEBRATE event. The event was hosted by Diane Postler-Slattery of MidMichigan Health and included live music from the Roberston Brothers Band as well as some unique awards.
“The past year was challenging for everyone, especially businesses,” said Tony Stamas, President & CEO of the MBA. “We wanted to take some time to celebrate our business community and recognize some of the great things they were able to do in the face of difficulty. It’s nice to take a step back and applaud those who have gone above and beyond.”
Unique Awards Represent the Times
To recognize all of the innovation and creativity of the past 18 months, the MBA created some new awards for this event.
The Abundance of Caution Award recognized a business that, despite the limitations of the pandemic, uncertainty brought on by the flood and the ever-changing landscape of restrictions and requirements, provided heroic leadership. This award was given to MidMichigan Health.
Next was the You’re on Mute Award, which was given to a business that persevered to make sure their voice was heard through it all through all the hardships and difficulty. The recipient of this award was The Creek Bar & Grill.
The Pivot award was given to a business that made an adjustment to their service, offering or business model in order to serve their customers and community. Downtown Restaurant Investments was the winner of this award.
Valued Business Leaders Honored
Some classic awards were presented at the event, too, including Entrepreneur of the Year, Advocate of the Year. Two awards previously announced but not celebrated in-person were Eric Forshee, winner of the Leadership Midland Alumni Association Leader of the Year Award and Greg Crawford, MBA’s Ambassador of the Year.
Three Diamonds Bridal was the recipient of the Entrepreneur of the Year Award which recognizes a new business less than three years old which exemplifies growth.
J.W. Fisher and Lee Ann Keller Rouse were recognized as Advocates of the Year for their work as co-chairs of the MBA’s Advisory Committee of Infrastructure.
The MBA’s Chairman’s Award was presented to DuPont by former MBA Chair Jon Lynch. DuPont was honored for their engagement in the community, including volunteerism, support of local events, donating building materials, bringing laundry services to rural Midland County by providing appliances to Midland Missionary Church, and much more.
The last award of the evening was the ATHENA® Award, which was presented to Dr. Betty B. Jones for striving toward the highest level of personal and professional accomplishment, excelling in her field and devoting time and energy to the community in a meaningful way while forging a path of leadership for other women.
To see all of the photos from the event, click here.