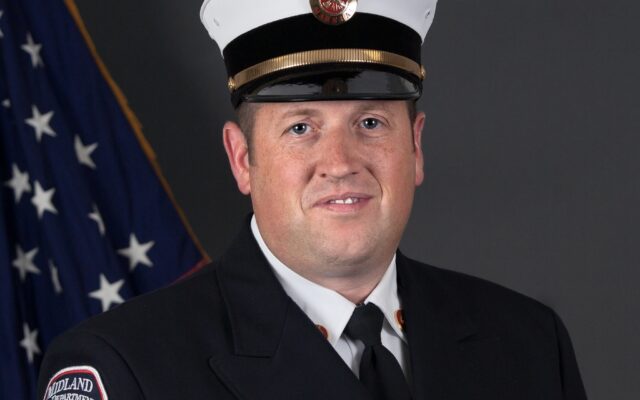 The City of Midland has named a new fire chief. Assistant Chief Joshua Mosher has been promoted to chief effective January 1. He succeeds Chief Chris Coughlin, who’s retiring at the end of the month.

Mosher has an associate’s degree in fire science from Delta College and a bachelor’s degree in business administration from Northwood University, along with many certifications including as a State Fire Inspector and Emergency Medical Technician.

“Josh’s extensive experience and vast knowledge as a first responder, coupled with his passion to serve the Midland community, make him the perfect candidate for this position,” said City Manager Brad Kaye. ”The Midland Fire Department is in very capable hands under his leadership and we look forward to his continued success in this new role.”