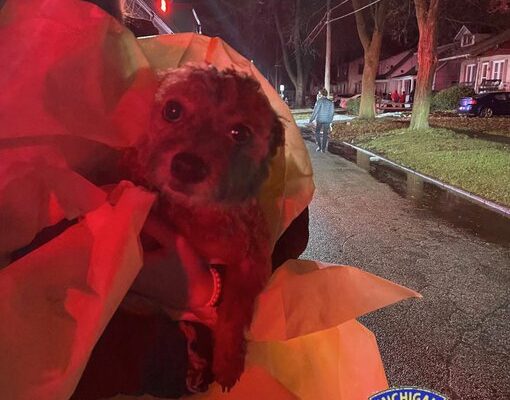 One family’s furry friend is safe after a house fire in Saginaw.

Michigan State Police responded to the fire on Ring street around 9:20 Thursday night. All human occupants of the home had been evacuated, but the fire department found the family dog, Delilah, unconscious near the front door.

Troopers took Delilah to their patrol car and began efforts to resuscitate her. After around 15 minutes of using a bag-valve mask to provide oxygen, the dog regained consciousness and began breathing on her own, and was reunited with the family.