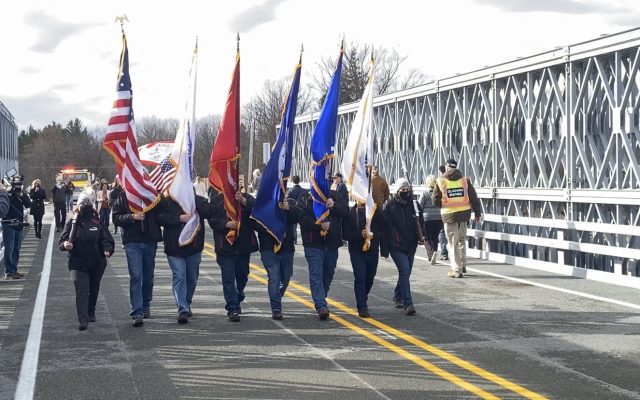 The Michigan Department of Transportation has opened the M-30 temporary bridge over the Tobacco River in Gladwin County today, following a 10-month closure of the M-30 corridor following flooding and infrastructure failures last May.

MDOT chose to replace the former M-30 causeway bridge with a temporary steel structure, prefabricated and assembled onsite, to help save cost and to expedite the design and construction timeline for a bridge.

While the long-term structure of the river system is not known at this time, a temporary bridge allowed MDOT to replace the missing bridge in a matter of months, avoiding the lengthy design and construction process, and eliminating months of bridge closure while crews worked on a permanent design.

The 230-foot, $4.5 million temporary bridge is intended to be in place for five to seven years and will be removed and stored when a permanent bridge is built.

For local residents, the missing M-30 bridge has resulted in frustration as communities have been divided since the initial flood damage in May.

Edenville and Tobacco townships held a brief ceremony before marching across the bridge and removing barricades; opening the road to public traffic.

One of those residents, Beth Kelley, says the bridge closure meant a three-minute drive to visit her parents had become longer than an hour each way at the peak of road closures and detours.

With the temporary bridge now open, Governor Gretchen Whitmer is expected to visit the site in the next week or so.