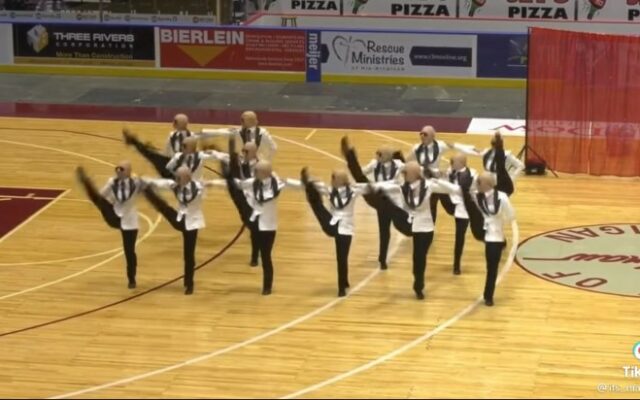 The John Glenn Varsity Pompon Team placed 1st at the MidAmerican High Kick and Hip Hop Competition on November 7 at the Dow Event Center. The team performed a “Pitbull” inspired routine that has since gone viral on social media. Pitbull is an American rapper focusing on Latin hip hop, soul and other tropical music, according to Wikipedia.

The routine has had more than 6.5 million views, 1.7 million likes, and 78,000 comments, including comments from the Rockettes and Pitbull himself.

Pitbull’s PR team has reached out to the JGHS Varsity Pompon Team to congratulate them on the win, has shared the routine on all of his official social media outlets, and has informed the team that a gift is being sent from him and his team.

Check out the video of the routine here.