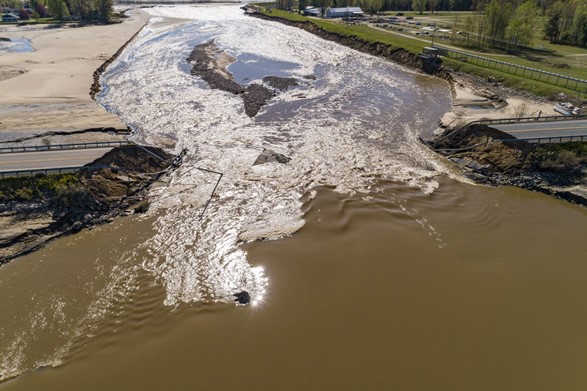 May flooding and dam failures resulted in significant damage to roads and bridges, including the M-30 causeway bridge over the Tobacco River. Photo: MDOT Photography Unit.

A federal court has established certain facts in the suit against the owners of the Edenville Dam at the time of its failure.

According to Michigan Attourney General Dana Nessel, Lee Mueller – the man in charge of Boyce Hydro in May of 2020 – was ordered by the court to turn over certain documents. After he failed to comply with the order, the court determined that several statements from Mueller’s public response to the disaster were false as part of an effort to deflect blame onto the state. Included in those statements are claims that Boyce Hydro intended to permanently lower the water level in Wixom Lake over safety concerns, and that the state forced them to return the lake to normal levels in April of 2020.

Nessel says that this order from the court dispells a false narrative crafted by Mueller and Boyce Hydro, and that it is important to establish a foundation of truth in the case.