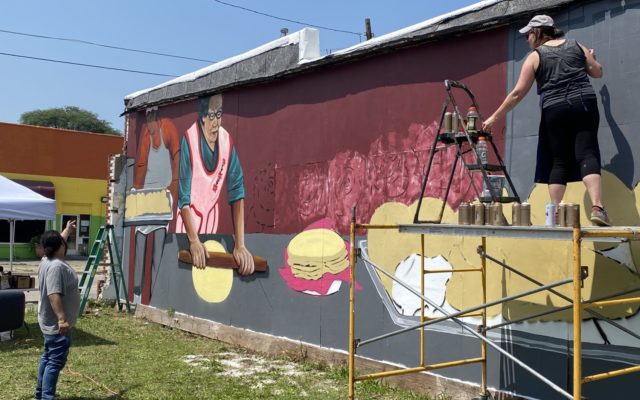 Diaz, who comes to Saginaw from Southwest Detroit as part of a Great Mural Project collaboration, says the artwork he’ll be helping bring to life reflects not only on Hispanic history in the city; but how far the bakery has come as a business, and the tight-knight relationships residents of all backgrounds in the area share.

La Estrella has been a staple in the Saginaw community since 1993, and have been located in their current site since 2000.

Work on the mural has been going on all week, and will continue until Friday’s 5pm unveiling event.

The public is invited to stop by and watch the finishing touches being applied up until the mural reveal event on Friday, July 30th at 5pm- before heading to Friday Night Live’s Latin Fiesta Night in Morley Park at 5:30pm.