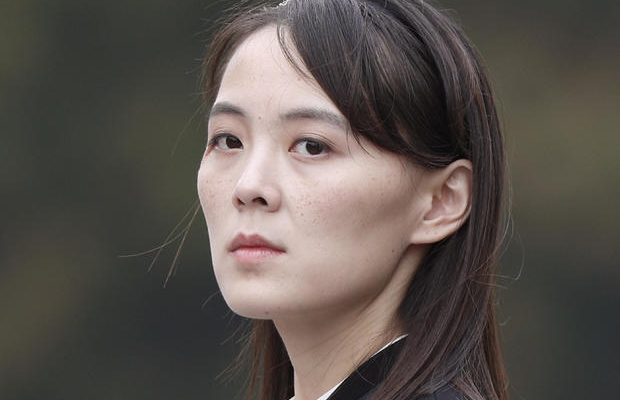 Tokyo — The U.S. and Japan presented a united front on Tuesday against an increasingly bold China and as North Korea cast a new warning at the Biden administration. Kim Yo Jong, the sister and senior aid of North Korean dictator Kim Jong Un, warned the U.S. against “causing a stink,” as President Biden’s defense chief and Secretary of State met their counterparts in Tokyo.

Secretary of State Antony Blinken told reporters that the Biden administration had reached out “through several channels” to the Kim regime in North Korea starting in mid-February, but that Washington has been ignored thus far.

The U.S. and South Korea kicked off military training exercises last week, and it was likely in reference to that, but also in light of the senior U.S. officials touring Asia, that North Korea’s state-controlled media on Tuesday released the statement by Kim Yo Jong warning that if the U.S., “wants to sleep in peace for coming four years, it had better refrain from causing a stink at its first step.”

Blinken and U.S. Secretary of Defense Lloyd Austin were set to visit South Korea on the next leg of their diplomatic trip.

“North Korea is really waiting with bated breath to see the new approach by the Biden administration,” said Benoit Hardy-Chartrand, an political analyst and adjunct professor at Temple University in Tokyo. “I think they would have preferred a continuation of the Trump administration, which has been clearly quite good for them.”

Getting U.S. allies on the same page to confront North Korea, however, will be another challenge for the Biden administration. While Japan favors a hardline approach to denuclearization, Seoul is pro-engagement — and relations between Tokyo and Seoul are at a significant ebb over historical and trade disputes.

China and an “unwavering commitment”

Meanwhile, in an unusually pointed joint statement calling out China by name, American and Japanese officials said Beijing’s behavior was presenting “political, economic, military, and technological challenges to the alliance and to the international community.”

Tokyo and Washington declared their commitment to “opposing coercion and destabilizing behavior toward others in the region.”

Blinken has called China “the biggest geopolitical test of the 21st century.”

“My sense is that the Japanese have gotten pretty much everything they wanted” from the joint statement issued on Tuesday, said Brad Glosserman, a visiting professor at Tama University. He called the flurry of recent diplomatic activity, including last week’s meeting of “the Quad” — an informal alliance between the U.S., Japan, India and Australia — “a concrete step forward in terms of demonstrating solidarity between the two countries.”

The joint statement that came out of the Tokyo summit was notably comprehensive, and it will likely help calm Japanese nerves by citing Washington’s “unwavering commitment to the defense of Japan through the full range of [American] capabilities, including nuclear.”

“All the right messages”

The statement also expressed concern for human rights in Hong Kong and Xinjiang, two Chinese regions where Beijing has been accused of cracking down to quell a pro-democracy movement, and on ethnic Muslims, respectively.

It expressed a commitment to the “complete denuclearization of North Korea,” cited the importance of stability in the Taiwan Strait, and called out Chinese “unlawful maritime claims and activities in the South China Sea.”

“Everything was mentioned… All the right messages were sent,” said Toshiro Nakayama, a professor at Keio University, noting that Tokyo had harbored anxiety about whether Mr. Biden was willing to match his predecessor’s tough rhetoric on China.

The “2+2” joint statement by the U.S. and Japanese defense and diplomatic chiefs, meant to serve as a road map, marked an attempt to reinforce the security alliance after the turbulent and transactionalist “America First” rhetoric of the Trump years.

U.S. Defense Secretary Lloyd Austin — in his first overseas trip for the Biden administration — was received by an honor guard and then met his counterpart, Japanese Defense Minister Nobuo Kishi, as Secretary of State Antony Blinken held talks with Japanese Foreign Minister Toshimitsu Motegi. The four then met for “two-plus-two” talks in the first such gathering since 2019.

Of particular concern in Japan is a new Chinese law authorizing its coast guard to use weapons in the vicinity of the uninhabited but strategically important Senkaku islands. The territory is held by Japan but claimed by China, which has drastically stepped-up incursions into surrounding waters.

The unambiguous condemnation of those incursions, Glosserman said, was a crucial departure from previous statements that merely expressed “serious concern about, and strong opposition to, unilateral coercive attempts to alter the status quo in the East China Sea.”

This week’s statement was meant to capitalize on the first-ever summit of the Quad, (the U.S., Japan, Australia and India) last week. The Quad statement steered clear of singling out China, instead stressing the need for a “free and open Indo-Pacific.”

Japanese reports say Prime Minister Yoshihide Suga will become the first foreign leader to meet President Biden at the White House, with a three-day trip expected to begin on April 8. In preparation, Suga got his first shot of COVID-19 vaccine on Tuesday, ahead of schedule.