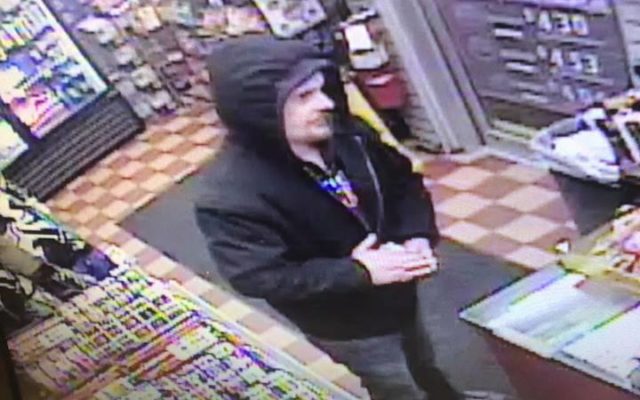 The suspect is reported to be a white man in his late 20’s to mid 30’s, about 5’5″ to 5’7″ with a medium build. Attendants at the Admiral Gas Station, 212 South Euclid and the Marathon Gas Station, 3790 North Euclid, said he was wearing a dark colored hoodie or Carhart jacket with dark pants. He may have a scrubby beard.

While he claimed to have a weapon, none was seen during the robberies between about 7:00 p.m.,  Wednesday and early Thursday morning.