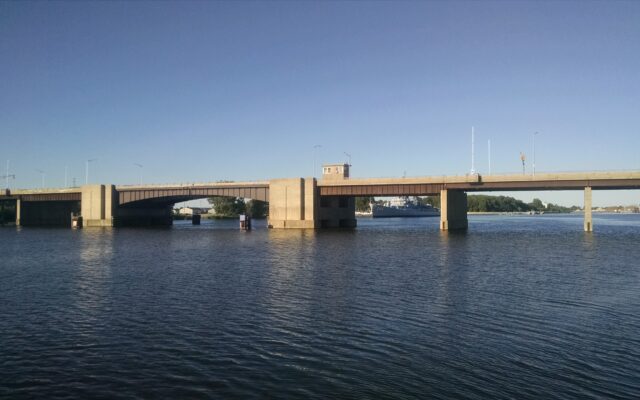 Independence Bridge once again open after a mechanical issue caused it to become stuck in the open position during a test Wednesday morning.

At 10:55, a Bay Alert was put out that the bridge was stuck. 40 minutes later another alert announced that it would remain closed for at least an hour.

Shortly after 3:00, the bridge was reopened for traffic.

Independence Bridge, which carries drivers on Harry S. Truman Parkway across the Saginaw River, is currently undergoing updates by Bay City Bridge Partners after their completion of work on Liberty Bridge last month.

With the closure of Lafayette Bridge for repairs by the Michigan Department of Transportation, only 2 bridges were open in the city until the malfunction was resolved.