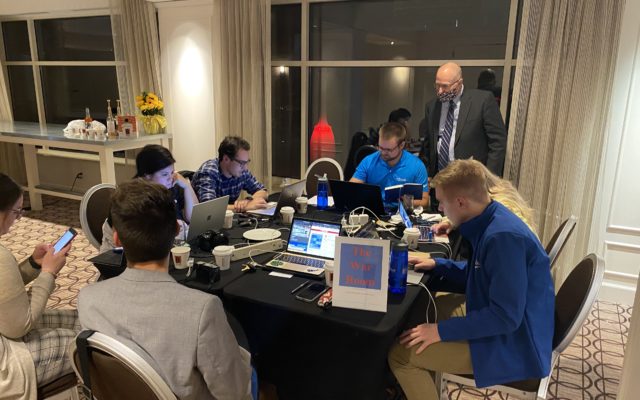 After hours of waiting on in-person and absentee votes to make an official announcement, Congressman John Moolenaar declared victory in the 4th Congressional District.

Moolenaar said in a news release “I want to thank the voters of mid and northern Michigan for trusting me once again to represent them in Washington. I am honored by their support and I will continue my bipartisan work to address the issues facing our nation. There’s a lot of work to do and my priorities will be helping Michigan families, defeating the virus, safely re-opening the economy, supporting our farmers, and protecting the Great Lakes.”

He and State Representative incumbent Annette Glenn held a viewing party at The H Hotel in Midland, where they waited for official word on their races.

Glenn lead her opponent, Democrat Sarah Schultz, by nearly a 2 -1 margin as of 2am.