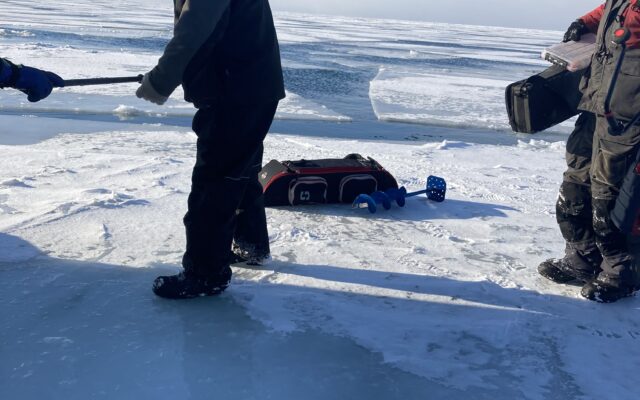 Saturday afternoon (January 15th) at 14:25, the Huron County Sheriff’s Department airboat and the Caseville Fire Department responded to a lake easement on Bay Dr. in Caseville Twp., which was where 2 ice fishermen were trapped by open water over a half a mile offshore. The men identified as 21 year old Jeffrey A. Stone Jr. and 32 year old Travis J Bender, both of Harbor Beach, reported to Huron Central Dispatchers by cell phone that they needed help.

A deputy and 2 firemen aboard the airboat were able to get the two men off of the extremely unsafe ice with no further incidents. It was learned that they had stepped over cracks on the way out, not realizing there was a possibility for the ice to split apart as much as it did. Once on shore they were checked out by Scheurer Ambulance personnel and released.

Yesterday’s ice incident was the second within a week on the Huron/Tuscola side of Saginaw Bay that the rescue airboat responded to.  Sheriff Kelly Hanson said “Although I’ve personally heard from anglers reporting up to 8 inches of ice on different parts of our county’s water, fishermen  need to realize the possible hidden dangers that come with ice fishing, especially when the ice is able to move and cracks are apparent.”

A collapsible fishing shanty was left behind because of a lack of room on the airboat. 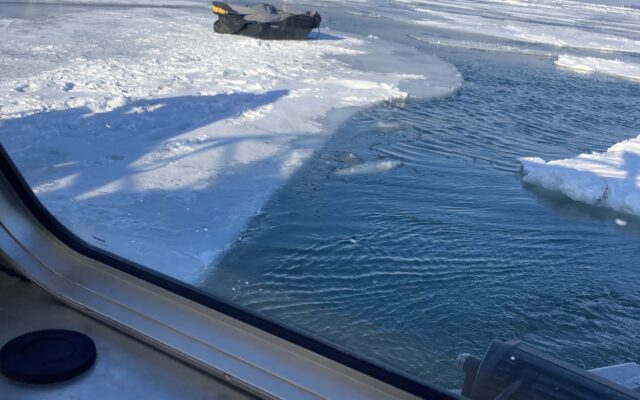