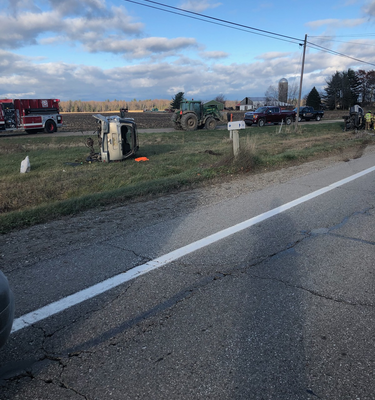 Police in Huron County are investigating a two vehicle crash.

On Monday, November 22 just before 3:00 p.m., state police responded to M-142 near Learman Rd. They say a 76-year-old Harbor Beach woman was driving east in a 2005 Buick Rendezvous when her vehicle went onto the south shoulder. The woman overcorrected and lost control, striking a 2005 Chevy Trailblazer heading west, driven by a 48-year-old Decker man.

Both drivers were injured in the crash. The man was taken to a local hospital and released while the woman needed to be flown by a Lifenet helicopter to an out of county hospital.