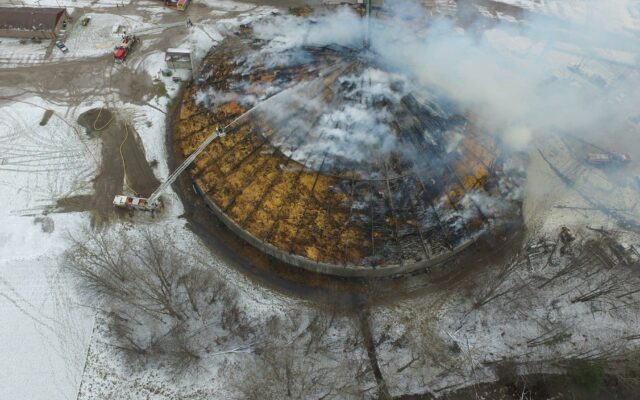 After days of constant work, the grain elevator fire in Hemlock is dying down, and firefighters, as well as other officials, are thanking the community for their support during the emergency.
As many as 80 fire crews from around the state reportedly responded to the fire at The Andersons grain elevator that began Sunday night. Richland Township Manager Rob Grose says that throughout the week, community members and businesses have made sure those firefighters were taken care of.

The township office was coordinating those donations to make sure nothing was wasted. Grose says that since operations have slowed, donations are no longer being accepted. He says that firefighters will maintain a small presence at the smoldering fire, even through the coming winter storm, until the scene can be safely handed over to the company.