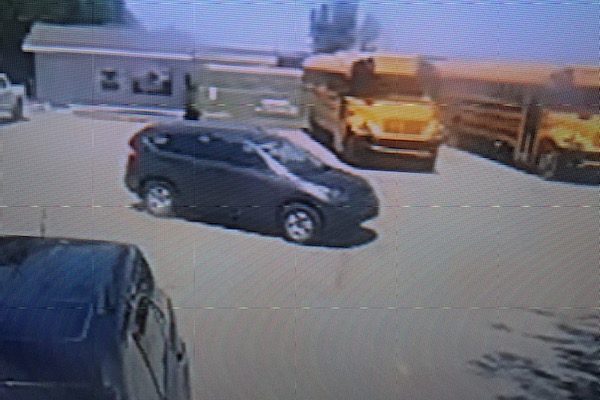 The Huron County Sheriff’s  Department is asking residents to be on the lookout for a stolen SUV, seen outside Owendale-Gagetown School in Owendale twice on Tuesday. Sheriff Kelly Hanson said school personnel reported seeing the gray-colored 2014 Honda on school property around 10:30 a.m., and again about 1:45 p.m. When they approached the vehicle, the driver, described as  “a shirtless black male in his upper teens,” said he was “just catching some shade.” He had been seen removing a car seat and other items from the vehicle, which he left outside. Deputies later learned the vehicle had been stolen from Oakland County earlier in the day.

The vehicle had a Michigan registration of  DSP 2727. It’s unknown why the vehicle may have been in the area and the driver gave no indications of any safety-related concerns. Hanson said deputies will be in the area for the next day or so.

Anyone with information about the vehicle or the driver’s whereabouts is asked to contact 911.