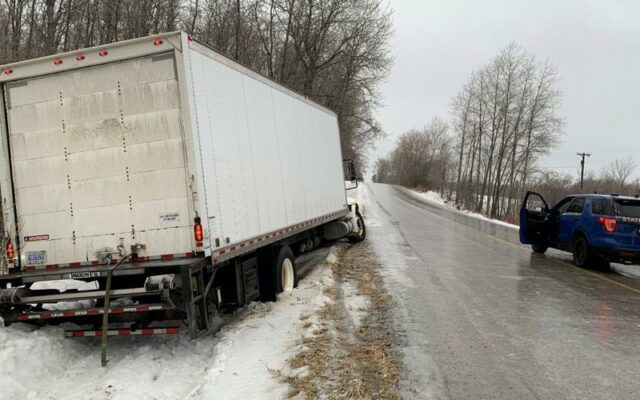 The National Weather Service says a swath across Northern Michigan could receive a quarter to a half inch of ice during the day on Tuesday. An additional light accumulation is possible tonight into Wednesday. As precipitation moves through Michigan on Tuesday, the weather service says a rain-snow line is set up from the Ludington and Manistee areas along Lake Michigan to Oscoda and Au Gres along Lake Huron.

The National Weather Service expects freezing rain to fall through the day in areas covered by the Ice Storm Warning. Hazardous driving conditions, widespread power outages and tree damage are likely with a quarter to a half inch of ice.

Gladwin County Emergency Management issued an alert Tuesday morning, saying that roads already were icy and residents should avoid traveling if possible. Michigan State Police say roads were “treacherous” in Arenac, Gladwin, Iosco and Ogemaw counties. Vehicles were sliding into ditches even when they were stopped.

A Winter Weather Advisory remains in effect for Bay, Clare, Huron, Isabella, Midland, Saginaw and Tuscola counties for through Tuesday night. Freezing rain was coating trees, bushes and surfaces in the Bay City area by noon today(Tuesday) The National Weather Service expects lighter accumulations of freezing rain in those areas this afternoon. Driving conditions could be difficult with even a light glaze of ice on roadways.