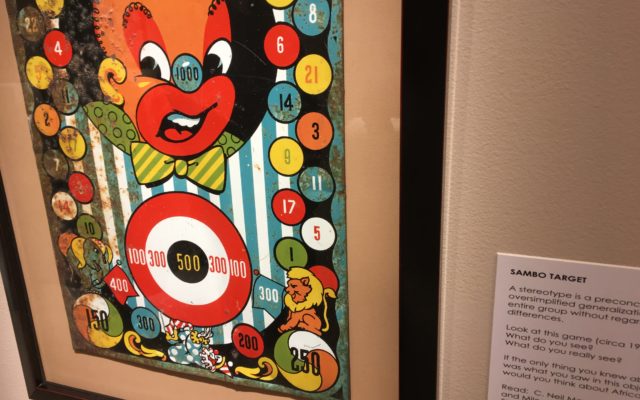 One of the displays that are part of the "Hateful Things" exhibit in the Marshall Fredericks Sculpture Museum at Saginaw Valley State University. Photo by WSGW's John Hall for Alpha Media.

Fredericks Museum Director Megan McAdow  says many were created in the mid to late 19th century. She added they’re a powerful reminder to be aware of similar things that may be pushed in some venues even today.

“Hateful Things” will be available in the Fredericks Museum through the end of February in conjunction with Black History Month. Admission is free.