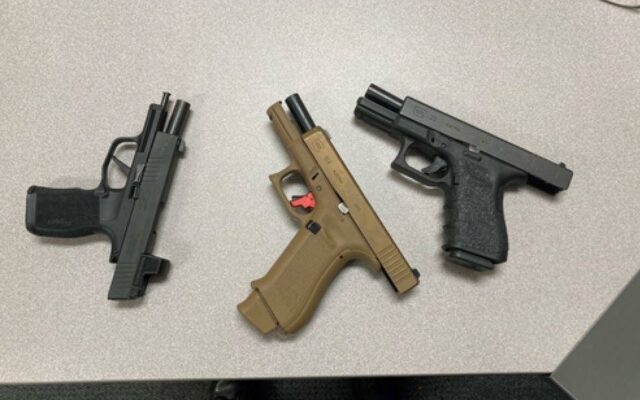 A large party in Tuscola County’s Wells Township Friday night and Saturday morning led to the arrest of three men.

Police were dispatched to the area east of Caro after receiving noise complaints from area residents, though the party was already on their radar as it was promoted on the social media site Tik Tok as a Project X party, named for a teen comedy movie. Police say the promotion received over 100,000 views and estimated between 500-1,000 attendees at the party.

As police patrolled the area, the saw a vehicle with seven people doing doughnuts at a gravel road intersection. Police pulled the vehicle over and arrested the men, ages 18 and 19, for carrying handguns with out a concealed weapons permit. Police say they also investigated a sexual assault complaint and reports of damaged vehicles, but no other incidents were reported.