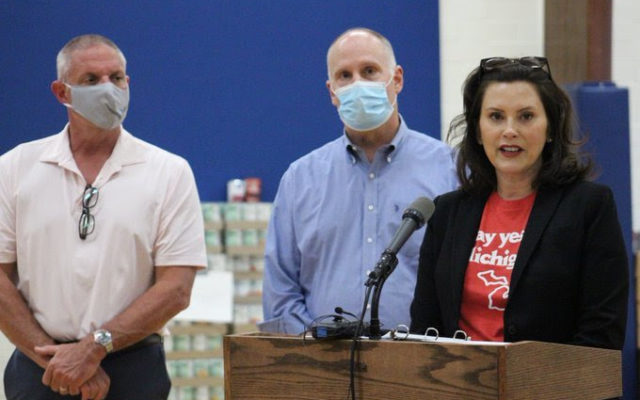 (source: Office of the Governor of Michigan)

Governor Gretchen Whitmer will seek out a major disaster declaration from the federal government.

Despite the enormity of they disaster, only about 8% of the affected property owners had flood insurance.

Whitmer says while many factors go into this, people should be more prepared as this type of event could happen again.

“That’s something that we want to make sure that we understand, so that we’re better prepared for another flooding event in the future. This is a 500 year event, and yet we know that these events that are only supposed to happen every 500 years are happening more and more frequently with climate change. And that’s precisely why it’s incumbent on us to learn every lesson we can from this moment.”

While the Federal Emergency Management Agency declared a disaster following the flood, Whitmer says this new declaration will open up additional resources for the area.

“The declaration of an emergency is the first step. The disaster declaration is really what unlocks support from the federal government. Monetary support for resources so that we can cover the debris removal and the rebuilding that needs to be done. And so it is a much more intensive process to get that declaration declared.”

The declaration can also help with crisis counseling and getting home and business owners low interest loans.

Whitmer says she expects the request to be on President Donald Trump’s desk by next week.