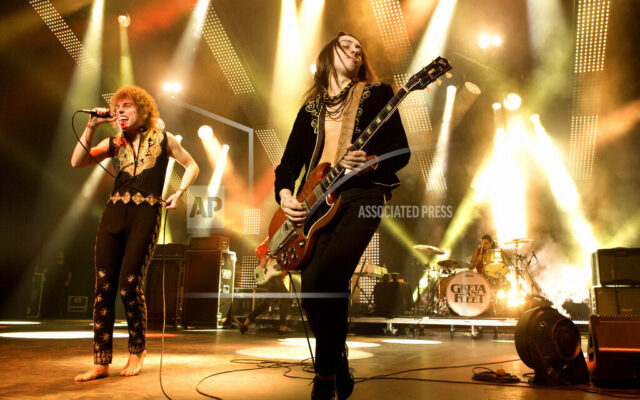 FILE - Brothers Josh Kiszka, left, and Jake Kiszka of Greta Van Fleet perform during their "March of the Peaceful Army Tour" in Philadelphia on Dec. 29, 2019. The band released “The Battle at Garden’s Gate” on April 16. (Photo by Owen Sweeney/Invision/AP, File)

A member of the rock band Greta Van Fleet has been hospitalized with a non-COVID-19 related serious illness.

Guitarist Jake Kiszka was diagnosed with pneumonia after he and lead singer Josh Kiszka became ill earlier in the week. Jake’s illness became more severe, requiring his stay in the hospital, though doctor’s have determined an optimal course of treatment. Josh has mostly recovered.

The band postponed their performances in Flint and Ypsilanti after the two became sick, and rescheduled them for September 13 and 14. Their show in Huntington, West Virginia has also been postponed until August 10.