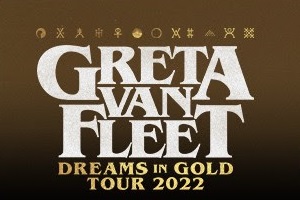 An upcoming Greta Van Fleet concert in Flint has been rescheduled after reported illnesses.

The band released a statement around 3pm Wednesday indicating that brothers Jake and Josh Kiszka both woke up sick, but says the illnesses are not related to COVID-19.

Medical staff says there’s been no reported illness by their brother and bandmate Sam Kiszka, or drummer Danny Wagner, but it was still advised that the shows in Michigan this week (both in Flint and Ypsilanti) should not proceed.

The band from Frankenmuth was scheduled to perform this evening at Flint’s Dort Federal Event Center.

There, dozens of ticket holders waited all day to get close to the stage- with more than a dozen of them camping overnight to be first in line.

The band, which played in Saginaw this past Sunday,plans to resume its tour Saturday in West Virginia.