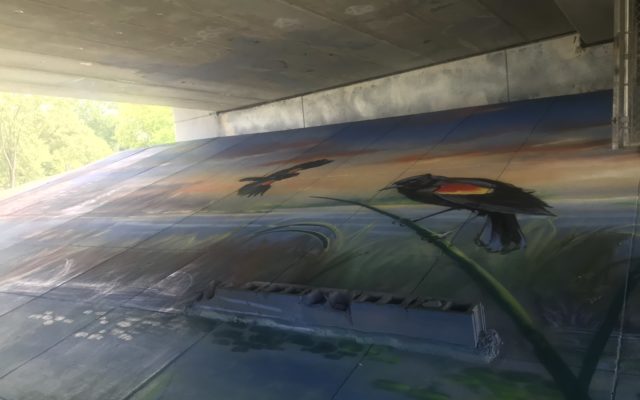 The Great Mural Project makes its return to the Saginaw area with new art along the path under the court street bridge.

Artist Mark Piotrowski and his crew from MARKedARTS will be putting up colorful swirling accents with spray-painted depictions of wetland wildlife native to the Saginaw area including red-wing black birds, ducks, and various fish among numerous others.

When asked about graffiti and how that may affect the art’s long-term future, he said they’ll be applying a coating over the work after they’re done to help mitigate the issue; but an integration of art into the community should be an even better way to prevent the issue.

Piotrowski adds he’s worked with the great mural project in the past in several locations across the Great Lakes Bay Region in hopes to show the beauty of the area’s natural and man-made resources.

The work is being primarily funded by Saginaw Bay WIN, the City of Saginaw, Northeastern paint, and the Saginaw county parks and Recreation department as a different approach on the fight against blight.

Finishing touches are expected to be wrapped up shortly after the 4th of July weekend.