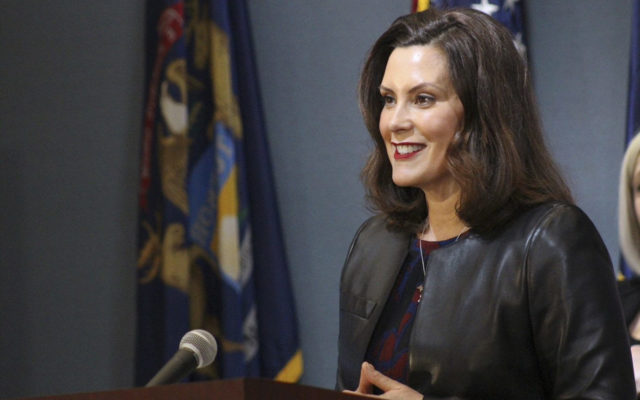 The end of Michigan’s Stay Home order is only a couple weeks away and state leaders are looking at how to best reopen the economy while protecting public health.

The end of the current order is May 28. Over the past two months, much of Michigan has come to a standstill economically, while only businesses considered essential were initially allowed to operate. Those restrictions have been loosened in some areas like lawn care, golf courses and other outdoor recreation.

Governor Gretchen Whitmer says as the numbers of new COVID-19 cases and deaths continue to decline, more sections of the economy will be able to open.

“Construction has been reengaged and we know that realty has been reengaged. And this week, industrial started back up, and next week Big Three will. So we’re making these incremental steps and we’re measuring every step of the way. We’ve got to stay vigilant and everyone’s got to continue to do their part.”

Whitmer says if the numbers continue to go down, the state will be able to enter the fourth of its six phase recovery, which may include opening more retail outlets and possibly opening up entire regions of the state for business.

However, they stay-at-home order and shutdown of Michigan businesses has a number of people on edge, and many claim the governor has overstepped the limits of her authority. A third protest is occurring at the state capitol in Lansing Thursday, May 14.

Images and videos in the news and social media from the previous protest show many people standing close together, some without face masks. Armed protesters entered the Capitol Building. And recent reports of today’s protest indicate more armed protesters at the site, though preliminary reports show fewer overall numbers than the April 30 protest.

Facebook reportedly removed private groups tied to the protest for promoting violence against the governor.

Whitmer ordered an enhanced state police presence at the capitol.

“I think that after we saw how the last played out, there were real reasons to be concerned. A lot of the rhetoric online around this protest is racist, it is misogynist, it is violent threats. And that is precisely why it’s important that we take this seriously, so that we can keep people safe… The State Police are an incredibly professional organization that will be on hand, and the whole purpose is to keep people safe.”

Whitmer says she respects everyone’s right to dissent and disagree but cautions it should be done in a safe manner that protects public health.

State lawmakers ended their session Wednesday, May 13, so legislators weren’t in the capitol during the protest.

The governor also has her critics in legislative circles and is now facing legal challenges to her authority to issue the stay-at-home orders. A number of lawsuits have been filed claiming Whitmer is overreaching her Constitutional authority, one of which has been filed by the Michigan legislature.

In a recent ruling, the Wisconsin Supreme Court overturned that state’s stay-at-home order in a 4-3 decision, essentially reopening the state for business, though schools remain closed and local governments can mandate their own stay-at-home restrictions.

Whitmer says it’s unlikely that will happen in Michigan, despite the lawsuits.

“We’re confident that every action I’ve taken has been driven by the need to protect public health and on the right side of all of my Constitutional and statutory authority. Wisconsin law is very different than Michigan law. I’ve got a number of sources of authority under which I’ve taken these actions.”

Whitmer is referring to the 1945 Emergency Powers of Governor Act and the 1976 Emergency Management Act. The 1945 law allows the governor to declare a state of emergency indefinitely while the 1976 law puts a 28 day restriction on any state of emergency. Any extension of the declaration would need to be approved by the legislature.