Governor Whitmer Names Guerra, Williams to SVSU Board of Control 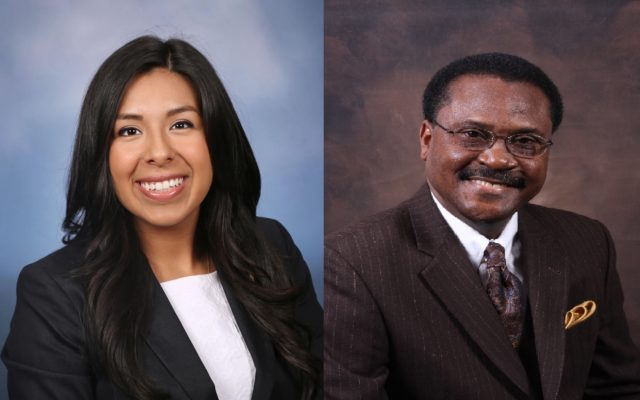 Governor Gretchen Whitmer has announced the appointments of Vanessa Guerra and Carl M. Williams to the Saginaw Valley State University Board of Control.

Guerra currently serves as Saginaw County Clerk, previously filling roles as State Representative for the 95th House District and as a trustee with Bridgeport Charter Township. She holds a Bachelor of Arts degrees in Political Studies and Latino Studies from the University of Michigan and a Juris Doctorate from the University of Detroit Mercy School of Law.

Williams is the first vice president of the NAACP Saginaw Chapter, and has also served as Representative for the 95th District, as manager of public relations for the Michigan Prisoner Re-Entry Initiative, and as Saginaw City Council Mayor Pro-Tem. He holds a Bachelor of Science in Business Administration from Central Michigan University and is a current member of the Black Leadership Advisory Council.

Guerra and Williams replace John Kunitzer and Dennis Durco, who completed their eight-year terms of service