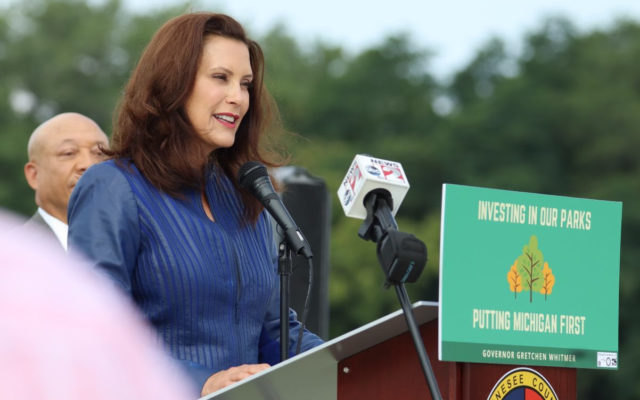 The announcement for the new park came Wednesday, July 14 from Governor Gretchen Whitmer, who says it’s a “multi-generational investment in the community that will support small businesses, create jobs, and give people a space to enjoy with friends and family.” The park would mark the first state park in Genesee County, the only county in Michigan without land managed by the Michigan DNR. The $26.2 million investment would be drawn from $250 million in funding previously proposed by Whitmer to address a backlog of needs in state parks and trails across the state.

The investment would develop a park to be anchored at Chevy Commons and expanded along the Flint River corridor to connect to local neighborhoods, businesses and institutions like the University of Michigan-Flint, Kettering University, the Flint Farmers’ Market and the Iron Belle Trail. Although plans are in their earliest stages, the new park could include non-motorized trails, unique playscapes, accessible open spaces, fishing platforms, and canoe and kayak launches into the Flint River.

A timeline for completion and further funding still needs to be developed, but the commitment of state funding will prove a critical catalyst in pushing the project forward. When completed, it would become Michigan’s 104th state park.