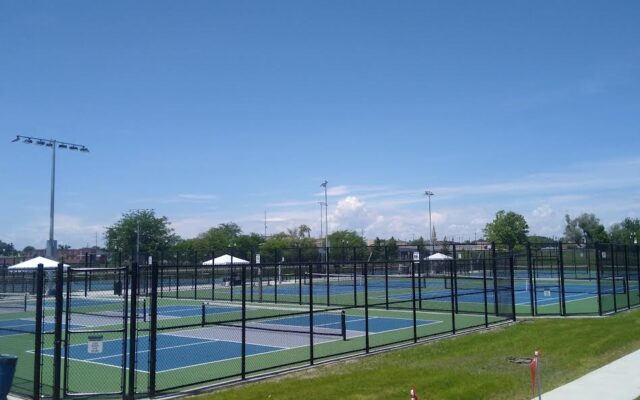 Garber Courts is a new racquet sports facility in Saginaw. The center features 8 championship-sized tennis courts and 8 courts for playing pickleball, a sport that has been gaining popularity among young people. The grand opening featured games of both tennis and pickleball.

Pharrington Douglass, president of the Urban Racquet Sports Foundation says that the facility already serves as home to the Saginaw Arts and Sciences Academy tennis team. Douglass says that there are plans to host tournaments at various levels, as well as lessons for those in the community.