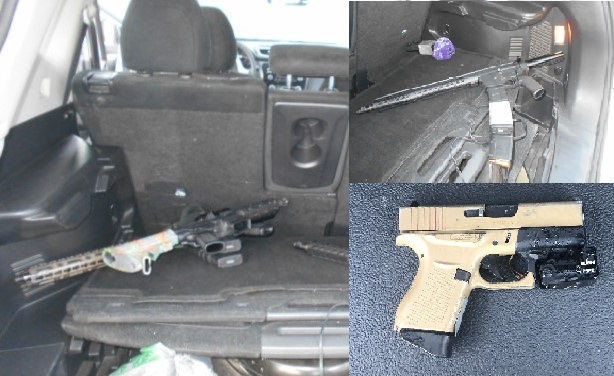 Four teenage suspects have been charged in a drive-by-shooting over the weekend.

Based on video evidence from two unharmed victims, A BOLO was put out on the silver SUV, and the vehicle was located on the city’s East side. Following a chase, during which police say a firearm was tossed from the car, officers arrested the four suspects and recovered three rifles and a second handgun from the vehicle.

Each of the four teenagers is charged with seven counts of Felony Firearm, two counts Assault with Intent to Murder, Third Degree Fleeing from a Police Officer, and several other weapons charges. They are being lodged at the Saginaw County Juvenile Detention Center.