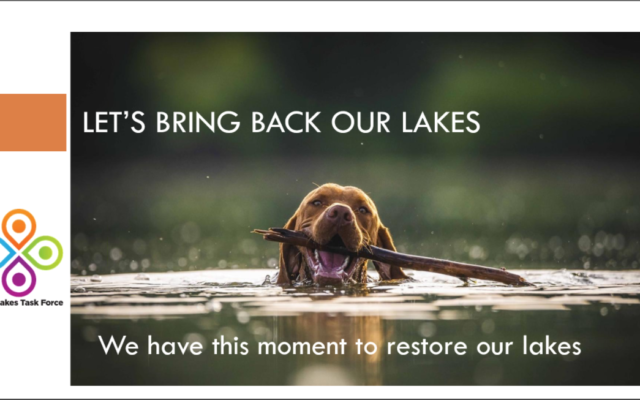 The Four Lakes task force, in charge of dam and lake restoration efforts after May’s flooding, says it may take another 5 years before things start looking somewhat normal again.

Task force chair, David Kepler, shared during this week’s virtual meeting that while land recovery efforts are well underway, work to rebuild the Secord and Smallwood dams may not begin until mid-2022; with Wixom and Edenville not starting restoration efforts until 2023 with a proposed 2025 completion.

He says these efforts would come after more studies are done on the feasibility of repairs, in addition to County input as to whether the area wants to restore the dams and lakes at estimated pricetags.

Current estimates for the rebuilding of each dam varies from $14 million for the Smallwood dam to $208 million to repair the Edenville dam- not including clean up and land restoration costs. 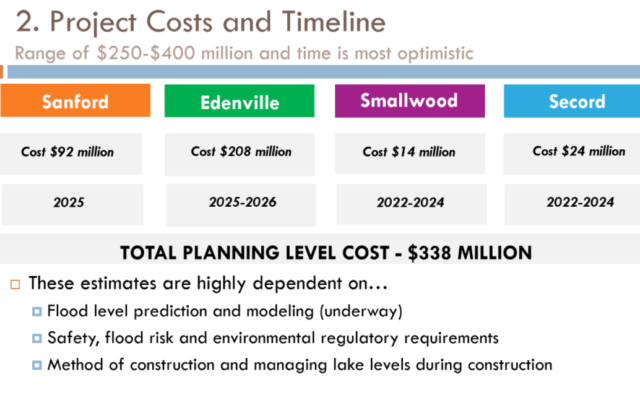 Kepler says while the task force will be aiming to find the lowest assessment rate possible, it may take more than 150 to 200 million state or federal dollars to significantly reduce capital assessments for homeowners.

He adds dam stabilization, erosion prevention, and debris removal are the primary goals right now due to public safety.

Stabilization measures are expected to run through most of 2021.

Surveys will be sent January 10th to gauge homeowner opinion on whether the Counties should restore the lakes and dams.

Homeowners should make sure their mailing addresses up to date with their respective county in order to voice whether the additional yearly assessment fee (which will be better determined once the task force has more clearly established a financing plan) would outweigh a drop in property value.

Surveys will be open for online submission from January 10th through March 5th and will be taken into account when the task force presents it’s feasibility report to the two Counties in May.