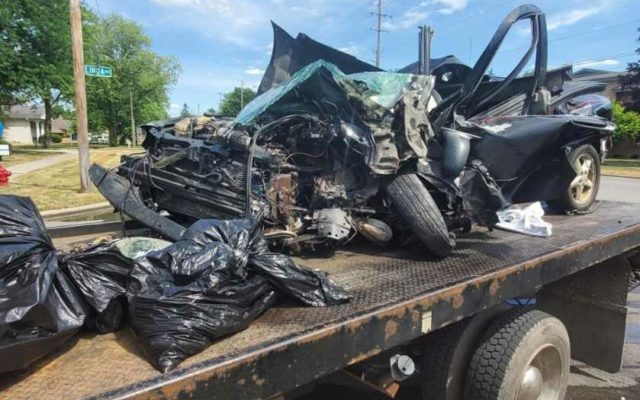 Four people were sent to the hospital after a crash on State Street in Saginaw Township Tuesday afternoon. Police said about 2:35 p.m.,  the driver of a car heading east in the 4300 block of State lost control when she swerved to avoid another vehicle, and crashed into a gravel train-type semi-truck that was traveling west.

Saginaw Township Fire Department personnel and paramedics had to extricate the driver and three passengers–two women and two men.
The female driver was seriously injured, but was stable at the scene. The other passengers had less serious injuries. The driver of the semi was not hurt.

The crash is under investigation.