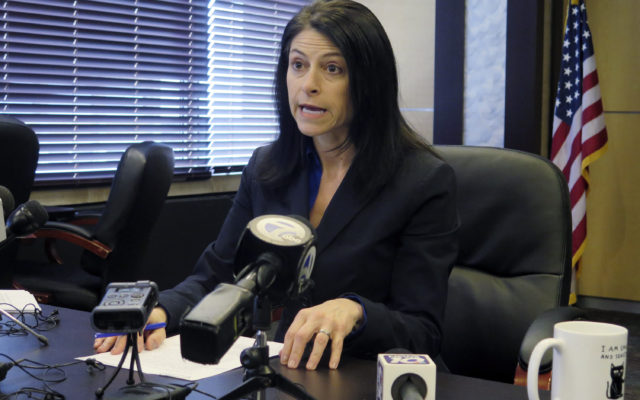 A former Saginaw Police officer is facing charges after Michigan Attorney General Dana Nessel reviewed an incident that led to his dismissal from the department in July. Nessel announced Tuesday that Adam Collier would be charged with two counts of assault and battery and one count of misconduct in office, related to his actions while arresting a woman and taking her to jail.

Nessel said Collier hit the woman as he was putting her into a patrol car and again at the Saginaw County Jail, after she allegedly spat at him. Nessel said the second blow caused the woman to lose consciousness. Collier was fired from the police department a few days later.

Collier has been arraigned on the charges in Saginaw County District Court. Misconduct in office is a 5-year felony, while the assault and battery charge is a 93-day misdemeanor.

Saginaw County Prosecutor John McColgan had sent the case for Nessel to review. Nessel also announced results of her review of two other police misconduct cases in Jackson and Washtenaw counties, clearing the Washtenaw County officer and charging the one in Jackson County.