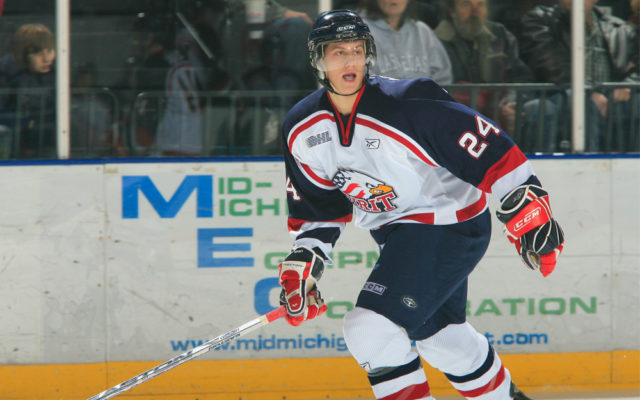 A man who once played hockey for the Saginaw Spirit died Friday, August 7 in a motorcycle accident.

Adam Comrie was in Virginia visiting his mother, according to a news release. Comrie played for the Spirit from 2007-2009, scoring 19 goals with 39 assists. He played for several different teams in multiple leagues throughout his career, most recently having joined the Klagenfurt Athletic Sports Club (EC-KAC) in Austria in 2018. He helped that team to its 31st championship season his first year there, but with the 2019-2020 season cut short, he was between teams.