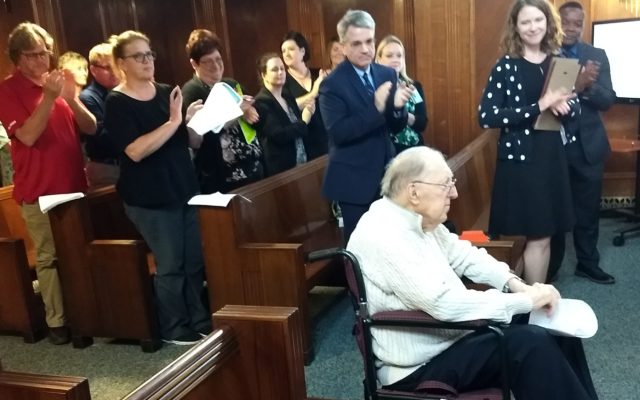 Walter ‘Bud’ Wozniak, Jr. passed away peacefully at his residence on Wednesday, February 26. He was 97 years old.

Wozniak was born on December 6, 1922 in Bay City. He was a graduate of Bay City Central High School Class of 1940 and Bay City Junior College, earning his bachelor’s degree from The Ferris Institute (now Ferris State University) in 1950. Wozniak served his country with the U.S. Army during WWII and the Korean War and was awarded a Bronze Star for meritorious service. He retired from the City of Bay City, serving as City Clerk for 18 years.

A Funeral Mass will take place at 11:00 a.m. on Monday, March 2 at St. Jude Thaddeus Parish in Essexville. In lieu of flowers, memorial contributions may be directed to the Parish or the Nate & Mary Ida Doan Santa House. Visitation will be at the Trahan Funeral Chapel on Sunday from 2:00 to 7:00 p.m. and at the church on Monday after 10:00 a.m.

For a full obituary, visit the Trahan Funeral Home website.