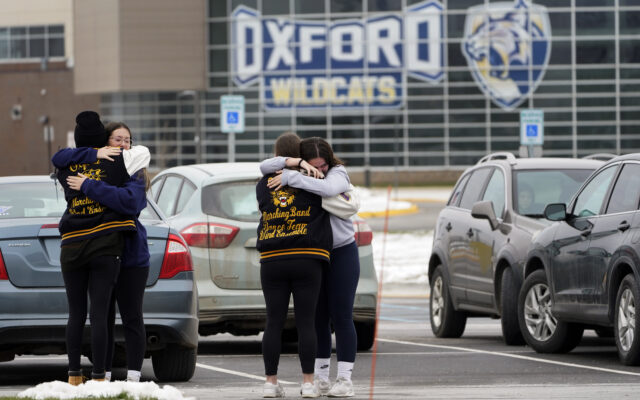 Attorney Geoffrey Fieger is representing a family whose daughters attend Oxford High School, one of whom was wounded in last week’s shooting that killed four students.  Fieger held a news conference with the parents on Thursday, where he announced that he’s filed two lawsuits seeking $100 million each against the Oxford School District, its superintendent and others.

The lawsuits were filed in Detroit federal court by Jeffrey and Brandi Franz on behalf of their daughters, 17-year-old Riley, who’s recovering after being shot in the neck, and her ninth grade sister Bella, who was with her during the shooting.

Fifteen-year-old Ethan Crumbley has been charged as an adult with murder, terrorism and other crimes. His parents, James and Jennifer Crumbley, are each charged with four counts of involuntary manslaughter.