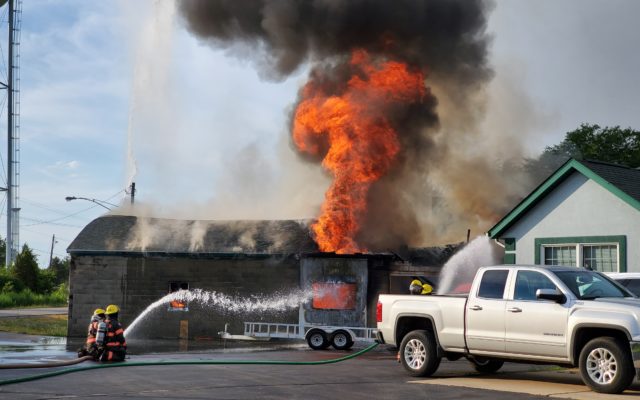 Just before 7:30 Tuesday evening a fast moving fire destroyed a garage in Bay County’s Hampton Township.  The intersection of Hampton and Knight Roads was closed while at least 4 fire departments responded to battle the garage fire.  The heat from the intense fire melted some of the siding on the nearby house as fire crews battled to save the house.  According to a neighbor, the garage housed an expensive race car.  Golfers at the Bay County Golf Course reported hearing two explosions and saw the pillar of smoke nearby.  Hampton Township Fire Department was assisted by units from Essexville, Bay City and Portsmouth Township Fire Departments.  An ambulance was on standby, but no injuries were reported.  The cause of the fire is unknown at this time.  The walls of the garage eventually collapsed.  (Photos for this story were provided by Rick Glaza) 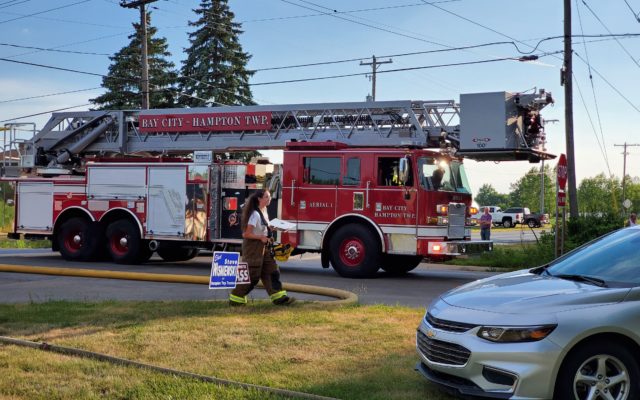