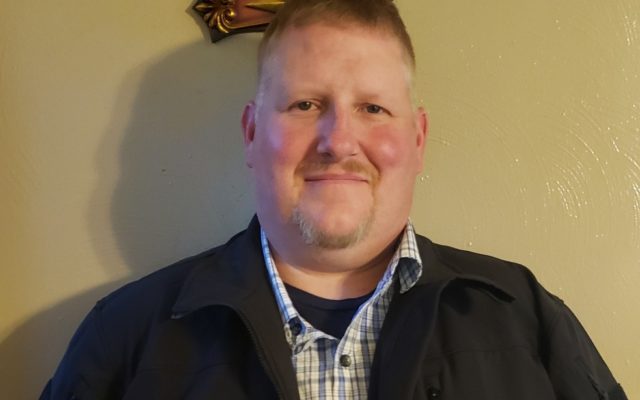 Jason Cooley is a registered nurse at Ascension St. Mary’s Hospital in Saginaw.

Cooley is recognized by FEMA as a Bronze-Level Authorized Trainer for the Center for Domestic Preparedness (CDP). He has a long history in emergency and critical care, including during his time as a flight medic with FlightCare. He ‘s worked for Ascension St. Mary’s for 23 years and has held a variety of roles in emergency preparedness. Currently, he is the team lead for the All Hazard Response Team for the Ascension Michigan northern ministries in Saginaw, Standish and Tawas City. The team is charged with incident response of special pathogens, hazmat and disaster situations. Cooley has also served on multiple committees in the regional Emergency Management Community.

In order for Cooley to become an Indirect Authorized Trainer for the CDP, he had to complete an intense Train-the-Trainer program which included advanced courses focused on incident management, mass casualty response and emergency response to a catastrophic natural disaster or terrorist act.  Upon his successful completion of the course, Cooley back to the area to train state, local, and tribal responders.

Cooley has led five classes, training 75 responders from across mid- and northern Michigan so they are better prepared for and able to respond to man-made events or major accidents involving mass casualties.