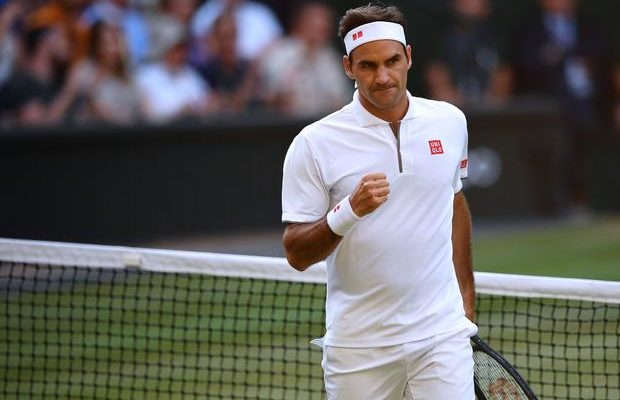 In their 40th match-up, tennis greats Roger Federer defeated Rafael Nadal at Wimbledon in four sets on Friday. Federer will go on to face the top-seeded Novak Djokovic in the final.

Federer took the first set 7-1, with Nadal coming back in the second set 6-1 but it was all Federer after that. He won the third set 6-3 and then took the final set 6-4. Nadal tried to stay alive in the fourth set, pushing Federer to match point five times. But Federer won the set 6-4 to take the match.

In a press conference after the match, Federer admitted he was “exhausted.”

“It was tough at the end,” Federer said. “Rafa played some unbelievable shots to stay in the match. I enjoyed it. The crowd was amazing. I had spells where I was serving very well and probably the biggest points in the match went my way. That first set was huge as well, to get the lead.”

Nadal took Federer down in straight sets in the semifinals of the French Open in June, CBS Sports reported. Nadal admitted after the match that Federer capitalized on all of his best opportunities in London.

This is a breaking story. It will be updated.