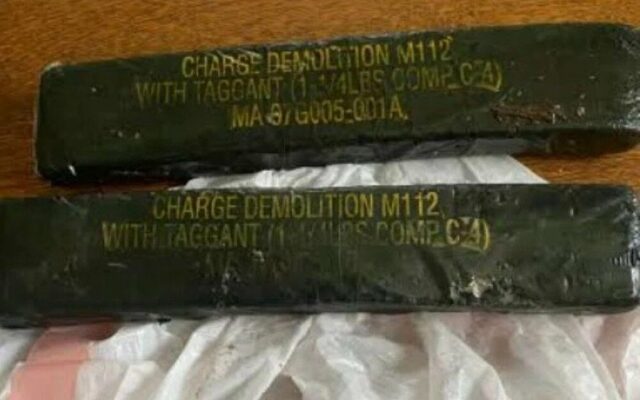 Flint police are working with the Bureau of Alcohol, Tobacco, Firearms and Explosives after a Flint resident discovered military grade C4 in a salvaged vehicle door on Saturday.

Police say the resident bought the door from a salvage shop in Capac in Saint Clair County. He was installing the door on another vehicle when he made the unwelcome discovery. Police say he immediately called 9-1-1, who came and secured the explosives and took them to a safe location.

Police and the ATF are attempting to track down where the C4 came from and possibly determine how it got into the door in the first place. Police say if anyone were to come across similar items, to call 9-1-1 and let police and other authorities handle them, as the potential for harm is significant.