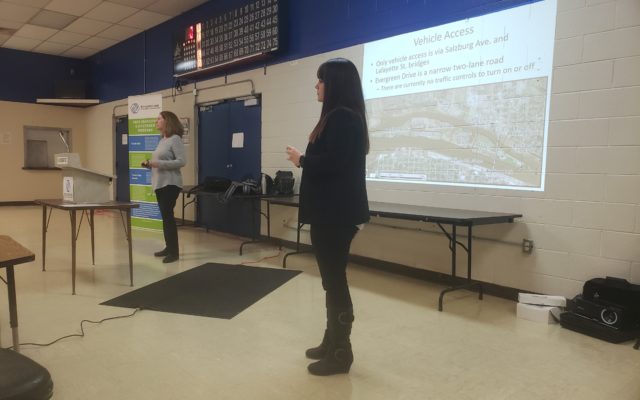 During a March 10 public forum, the U.S. Environmental Protection Agency proposed potential cleanup plans to remove dioxins – a chemical family believed to cause cancer and other health issues – from Middleground Island residential soils.

The chemical is believed to have been a result of runoff from Dow’s Midland plant. Out of 45 tested residential lots, EPA Project Manager Mary Logan said 17 tested for having soil with dioxin amounts believed to be dangerous. No non-residential lots were found to have potentially unsafe dioxin levels.

The EPA prefers the latter because, although it will be more expensive, it will require less maintenance over time. They say it’s also more effective at preventing any further potential contact with contaminated soil.

Both methods are expected to take around one construction season to be completed. Because of higher than average local water levels, construction will begin in 2021, but planning will begin this year.

Dow will be responsible for carrying out the work. Any damage done to roads or other Middleground Island services or land will be paid for by Dow as well. The EPA and the Michigan Department Environment, Great Lakes and Energy will oversee Dow’s work and ensure safety measures for both workers removing the soil and for locals.

EPA Community Involvement Coordinator Diane Russell said public involvement will be crucial to ensure the EPA chooses the least invasive cleanup plan for residents. Public comments and concerns will be accepted until March 30 by mailing or emailing the EPA.

More information can be found on the EPA website.