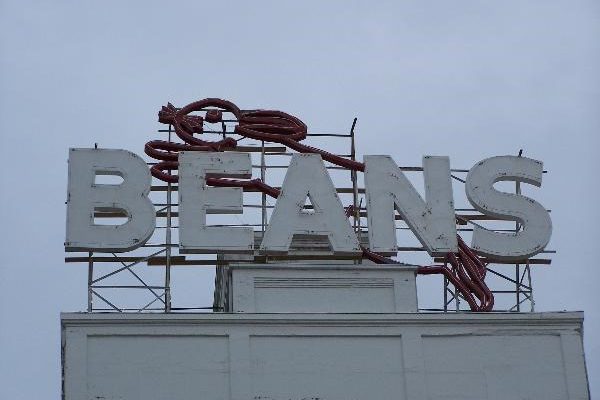 Saving Saginaw’s landmark “BEANS” sign atop a defunct bean elevator that overlooks the city was a Saginaw City Council topic Monday night, as the sign could be removed as part of Saginaw School District plans to build a comprehensive high school campus next to the site.  The historic neon sign has not been illuminated at night for a number of years, after fundraising and maintenance efforts became more complex.

Both Saginaw Board of education President Charles Coleman and Spt. Ramont Roberts to city council members that even with plans to remove the elevator and sign for the new school’s athletic complex, the neon bunny has been never been in danger. They said they’re aware of its importance and history, and they’re looking at ways to preserve it. The Saginaw Historic District Commission has suggested a committee be set up to explore how the district’s plans could include preservation of the building and sign, said to be the largest figural neon sign in the United States.