Education was a lifeline for this Syrian immigrant. Now he's helping others. 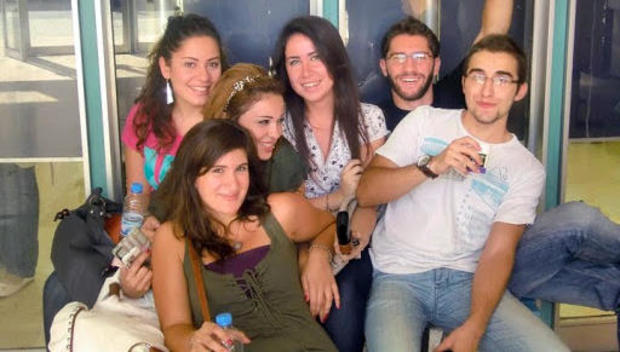 ▶ Watch Video: He left Syria fearing for his life and future – now he’s helping others

Ten years ago, protests sparked in several Middle Eastern countries in what was known as the Arab Spring. In Syria, March 15th represents the date the calls for freedom and political democracy started. But the protests there were met with a violent crackdown by the Syrian regime, and the country spiraled into civil war that left it a vulnerable playground for extremist groups like ISIS.

Since then, more than 13 million Syrians have had to flee their homes, making them the largest forcibly displaced population in the world, according to the United Nations. More than half of those who were driven from their homes remain trapped in the country, while 6.6 million sought refuge in neighboring states. Many also were among the wave of immigrants that flooded Europe between 2015 and 2019.

Majed Abdulsamad was a junior in architecture school in Syria when protests against the regime started to rise 10 years ago.

His parents had their own architecture office in Damascus and he was preparing to join the family business. Like many 20-year-olds, he enjoyed hanging out with his friends and had no plans to leave the country.

In an interview with CBS News, Abdulsamad described how hopeful and excited he was to watch the Arab Spring movement grow in the Middle East. That was until he participated in an anti-government protest at his university — an event that changed the course of his life forever. Shortly after the protest Abdulsamad was captured by what he describes as “the Syrian secret service.” He was beaten and later expelled from school for allegedly disrupting the peace on campus.

Disheartened and fearful for his life, Abdulsamad felt he had to continue his education abroad. He applied for and received a scholarship to the Illinois Institute of Technology in Chicago. He didn’t know anything about the school or even speak English well at the time, but he thought it was an opportunity he couldn’t pass up.

“In my mind I was like, ‘I’m going to travel for six months, hopefully by then things will calm down in Syria, I’ll be able to come home and the nightmare will be over,'” said Abdulsamad. “Nine years later now I know this was not realistic.”

He first arrived in Chicago in late  2012 with 40 other students who were part of that scholarship. He says the university felt very welcoming with its diverse student body, which helped him a lot.

Knowing how life-changing his own scholarship was, Abdulsamad started to help other students in Syria get the same kind of opportunity. In 2015, he co-founded an initiative called Syrian Youth Empowerment. Five years later, it’s now a registered nonprofit. So far, they have helped more than 300 students and have a team of more than 100 volunteers who mentor and guide applicants.

After graduating from Illinois Institute of Technology, he moved to New York City where he got a master’s degree from Columbia University. Now, he continues to reside in New York and works at the Global Designing Cities initiative.

Eventually, his parents came to the United States as well to be with their children.

“My parents resisted leaving the country because at their age they don’t want to leave the country that they were born, raised in, established their architectural office, have their full family there. But after a while, you know, the deteriorating conditions, they [didn’t] feel safe,” he said.

Abdulsamad says one of the biggest challenges he has faced since moving to the United States is what he describes as a growing sense of anti-immigration ideology.

“When the political debate in this country and other countries are revolving around fear from migrants, the threat of foreigners coming to the country, you can’t help but feel that, well, they’re talking about me. They— they’re saying I am a threat to their country,” he said.

He hopes to shift the conversation to focus on what causes migrants to leave their country of origin, and how to build safe and democratic systems in their homelands so they can live freely and without fear.

Abdulsamad says years of fighting has set back the standard of living in Syria by decades. The damage to infrastructure and the economic decline have been a heavy burden on its citizens. When asked if he would like to go back, he says he would, but not under the current circumstances.

“I am very fortunate to be alive, to be sitting here and talking about it. But do I regret taking part or supporting the movement of wanting a better country, of wanting a democracy in my country? No. I don’t think I regret it. And I don’t regret the decisions that I made with that hope in mind.”