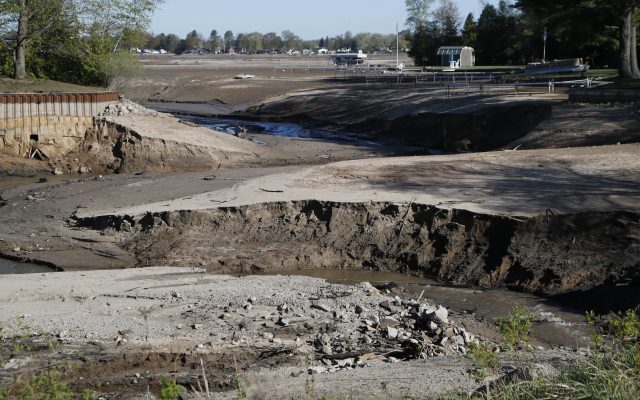 A Royal Oak law firm has filed claims on behalf of more than 400 residents affected by last year’s 500-year flood against the Federal Energy Regulatory Commission (FERC) for its role in causing the Edenville Dam failure. The aggregate amount of the claims exceed $334 million.

The administrative claims, which were filed by Pitt McGehee Palmer Bonanni & Rivers on June 18, 2021, allege that FERC negligently entrusted the license to operate the Edenville Dam to private owners who it knew or should have known were unwilling or incapable of operating the Edenville Dam safely. The claims also allege that FERC failed in its mandatory duty to monitor the operation of the Dam to ensure that the most recent dam operator, Boyce Hydro, was equipped with the necessary capital, experience, and willingness to safely maintain the Dam. Because of FERC’s negligence spanning decades, families living in the Four Lakes Region have had their properties ruined and they have suffered untold harm and misery for which fair compensation is due.

“The State of Michigan, through its agencies, and FERC had the power and the obligation to ensure the safety of residents and their properties from negligent owners and bad corporate actors. Instead of exercising this authority in a prudent manner, the federal and state governments became complicit in a hazardous dam operation by negligently entrusting the license to a careless and heartless operator. This tragedy represents a massive failure of state and federal governments. State and federal government must be held accountable for its role in causing this disaster” said Michael Pitt, Senior Partner of Pitt McGehee Palmer Bonanni & Rivers.

Last Friday’s administrative claims were filed under the Federal Tort Claims Act (FTCA). Under this law, the federal government can be held accountable for its negligence in causing harm and injuries to the parties bringing these claims.

“We are not giving up on their community. This is where we want to be. We were totally innocent, and we have to pay to clean up someone else’s mistakes. That is not right. This catastrophe was caused in part by FERC’s negligence, and they must do what is necessary to clean up the mess it caused and to compensate every single person for their losses. It is hard to believe that this dam has been considered dangerous for 26 years and that FERC licensed Boyce without requiring it to make the dam safe to operate. It is shocking that the federal government would do something so reckless. We want to be fairly compensated so that we can rebuild our lakes and our lives.”

FERC is the federal government’s agency tasked with overseeing the safety and conditions of energy-producing sites such as dams across the country. Since 1993, FERC has listed the Edenville Dam as a ‘High Hazard’ structure and it has issued multiple mandates to the dam’s owners for safety upgrades and maintenance, all subsequently ignored, without any meaningful follow up enforcement activities by federal and state agencies.

The Edenville Dam failed on May 19, 2020, destroying thousands of homes and costing hundreds of millions in property damage along the Tittabawassee River, and Wixom, Sanford, Secord, and Smallwood Lakes.

Pitt said that a coalition of law firms and attorneys are preparing administrative claims on behalf of their clients. “Ultimately, there will be more than a thousand claimants and the amount the federal government will owe will exceed $1 billion.”