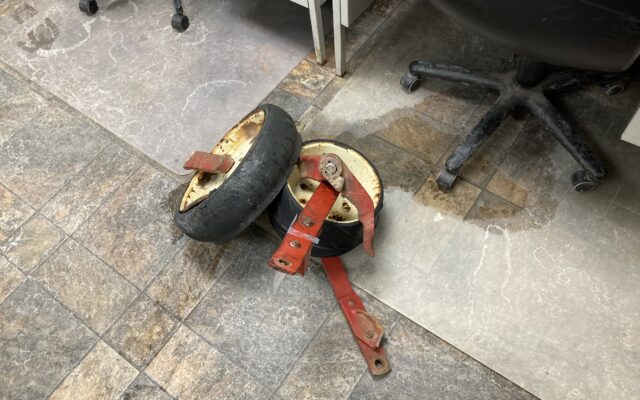 The Huron County Sheriff’s Office reports that the missing driver involved in a serious hit-and-run crash on Monday has turned himself in.
The Huron County Sheriff’s Department said that throughout the day on Tuesday, they received many tips from those who had heard about the accident. One call came from an individual from Fostoria who was concerned that he may have been part of the crash. It was confirmed that he was the driver of the second vehicle. The first driver remains in serious condition at an out of county hospital.

Monday afternoon (7th) at 12:38, Huron County Sheriff’s Deputies  responded to Elkton Rd. between McAlpin Rd and Bach Rd in Grant Twp, which was the scene of a two vehicle injury crash. However, one of the vehicles continued on without stopping either intentionally or accidentally. Sheriff Kelly Hanson said We’re asking for help in locating that driver and the vehicle involved, along with what it was pulling. Preliminary investigation indicates a 2002 Dodge pickup being driven by a 52 year old Cass City woman was northbound, when her vehicle was impacted in some form by what was described as a southbound white pickup with a yellow beacon on top of it, pulling a piece of farm machinery. Pieces of that machinery found at the scene suggest it to be a planter, or drill. Cass City and Owendale Firemen used the Jaws of Life to free the Cass City woman and she was taken to Hills and Dales Hospital by Scheurer Ambulance. She was later transferred to an out of county hospital with serious injuries. Anyone with information about the 2nd vehicle involved is asked to call the Huron County Sheriff’s  office during regular business hours at 989-269-6500, or Huron Central Dispatch at 989-269-6421. Confidential callers can even use the department’s  TIPS Line  989-269-2861.