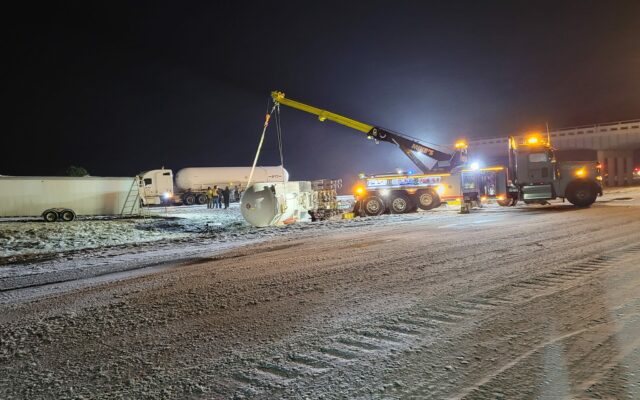 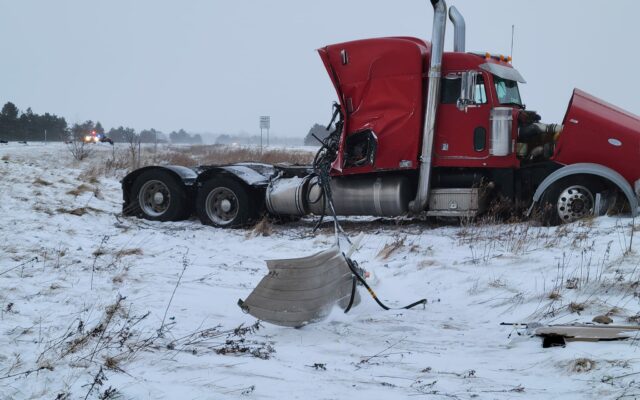 Michigan State Police troopers from the Tri-City Post are investigating a fatal traffic crash involving a propane tanker and passenger vehicle, January 5, 2022, at approximately 2 p.m. on I-75 near Cody-Estey Road in Bay County.

Preliminary investigation indicates a 72-year-old Grayling man was driving northbound on I-75 when he lost control of his 1994 Jeep, crossed the median and entered the southbound lanes before striking a semi-tractor trailer hauling propane head-on. The propane truck was driven by a 49-year-old Clinton Township man.   The driver of the Jeep did not survive injuries sustained in the crash. No other injuries were reported.

Both northbound and southbound I-75 remained closed into Wednesday evening while emergency response crews worked to offload the propane to another tanker so the wrecked trailer could be up-righted and clear the hazardous materials scene. The crash remains under investigation.

During the crash investigation, a state police trooper was injured while directing traffic. Around 7:30 p.m., the trooper was parked and directing traffic on I-75 at M-61. Police say a 40-year-old Saline man driving a 2019 Chevy Silverado swerved to avoid another vehicle and struck the trooper’s patrol vehicle, which had its emergency lights activated. The trooper suffered minor injuries and was taken to a local hospital for treatment. No one else was injured.