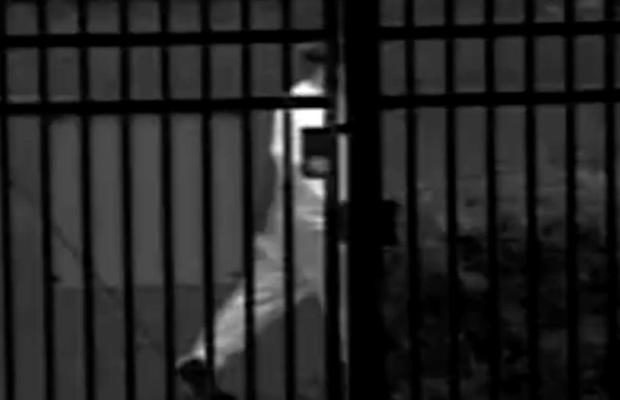 ▶ Watch Video: Where is Jennifer Kesse?

It’s been more than 14 years since 24-year-old Jennifer Kesse vanished from her Orlando condominium. There have been no arrests, no named suspects, and a grainy image of a person parking her car remains the most important clue as to who may have abducted Jennifer.

Frustrated by the lack of results, the Kesses filed a civil complaint and took the Orlando Police Department to court in order to get the case files on Jennifer’s disappearance.  After many months of legal wrangling, a settlement was reached, and OPD agreed to hand over files.

“Now it’s our turn,” said Jennifer’s father Drew Kesse. The Kesses are now working with a private investigator to comb through every bit of information with fresh eyes with the hope that it may lead them to Jennifer.

“I always told the Kesses what I’d like to do with this investigation is put a puzzle together, one piece at a time,” said Mike Torretta, the Kesses’ private investigator.

Torretta says that after going through the more than 16,000-page case file at least three times and doing fresh interviews, he has a new theory about what happened to Jennifer Kesse. He believes that one or more of the construction workers living in a vacant unit across from Jennifer may have taken her by surprise as she left for work that morning.

The condo complex where Jennifer lived was going through a renovation, and many of the construction workers were also living in the empty apartments at the complex while they were doing the renovation. Jennifer had shared with family and friends that the workers made her uneasy.

“She just said, ‘There’s a lot of workers here and they tend to stop when I’m walking to my car. And they just look,”” Drew Kesse recalled.

One of the things that Torretta discovered is that Jennifer wasn’t the only woman living in the complex who was uncomfortable around the workers in the building. He spoke to six other women who all were made uneasy by the workers.

One woman named Colleen said, “When I would come home from work, there would be a large group of men outside drinking. And whenever I would have to walk past them, there would be a little bit of comments or just a lot of uncomfortable stares. It wasn’t a great feeling. I didn’t like it.”

Colleen and some of the other women who lived in Jennifer’s condo complex speak out about their experiences in “Where is Jennifer Kesse?” an all-new “48 Hours” reported by correspondent Peter Van Sant, airing Saturday, October 24 at 10/9c on CBS.

Jennifer Kesse was a healthy, happy young woman who’d recently been promoted at work and had just been on an island vacation with her boyfriend. When she didn’t show up for work on January 24, 2006, her friends and family immediately knew that something was terribly wrong.

She was not depressed, and she did not abuse alcohol nor do drugs. If foul play was involved, there were no obvious suspects. Her disappearance was truly a mystery.

“I couldn’t believe it. It’s something that you watch on TV.  These things don’t happen to you,” said her boyfriend, Rob Allen. “I was just praying that, you know, her phone had died, or she was going to walk in, and everything was going to be fine.”

But it was anything but fine. Two days after Jennifer’s disappearance, a local news report aired a story with photos of her missing Chevy Malibu. A viewer recognized the vehicle as one that was parked in a nearby apartment complex and called police.

When investigators arrived, they found a DVD player in the back seat, so it didn’t appear that the motive for taking the car was robbery or a carjacking. The DNA testing they did on the car was inconclusive, but the car did lead to a very important clue. Footage from nearby surveillance cameras showed a grainy image of someone parking Jennifer’s car, sitting in it for about 30 seconds, getting out of the car, and walking away.

“In my mind, it was, ‘That person took my daughter! And, how fast can we find that person?'” Jennifer’s father, Drew, thought after seeing the footage.

The person of interest in the surveillance video appeared to be wearing all white, so investigators began questioning food service and health care workers and painters. But according to Torretta, the police files don’t list everyone who was questioned.

If it was a worker living in one of the vacant apartments, tracking those workers down is going to be a challenge. According to Torretta, “It’s impossible to find those individuals. There’s no lease.”

It’s another challenge in the Kesse family’s search for Jennifer, but Drew Kesse says they will never stop looking. “Someone out there knows something,” he said.